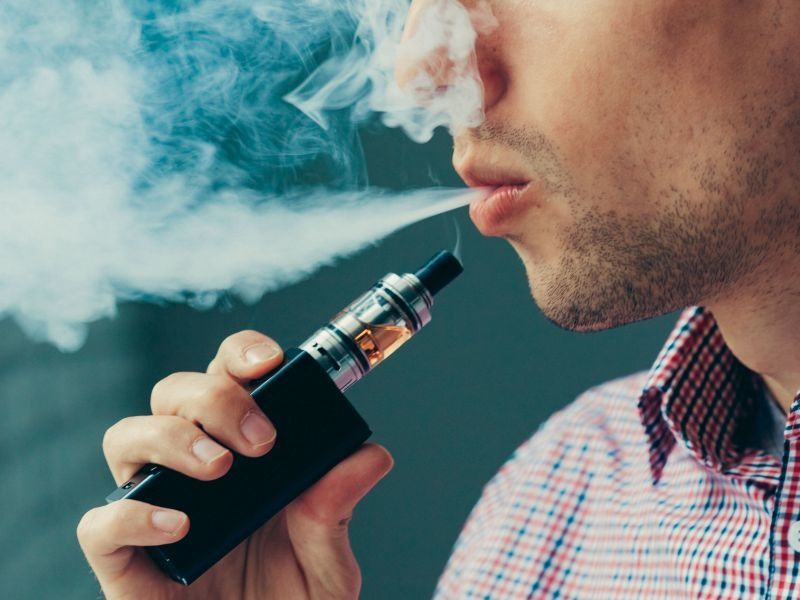 Teenagers who vape pot are more likely to wheeze and cough than those who smoke or vape nicotine, new survey data reveals.

Reports from U.S. kids 12 to 17 show they have a higher risk of wheezing, suffering from a dry cough, and having their sleep, speech or exercise impeded by wheezing if they vape marijuana products, according to results from the U.S. federally funded Population Assessment of Tobacco and Health Study.

These are all symptoms strongly related to lung injury, and it’s unclear how long they will last, said lead researcher Carol Boyd, co-director of the University of Michigan’s Center for the Study of Drugs, Alcohol, Smoking and Health.

“We found, and it was something that surprised us a bit, that it was the lifetime vaping cannabis that was associated with a far greater number of symptoms and a higher likelihood of having each of these symptoms than using either e-cigarettes or cigarettes,” Boyd said. “Lifetime” referred to any past use.

Smoking and nicotine e-cigarette use also increased risks for these indications of lung injury, just not by as much, Boyd said.

“I think that industry would probably like to show that vaping e-cigarettes is healthier, that it’s the cannabis vaping causing these respiratory symptoms, not the e-cigarettes. This is not true. E-cigarette vaping also causes symptoms among youth,” Boyd said. “However, in our study, and when we took into account their e-cigarette use, we found higher odds of having these respiratory symptoms among youth who had vaped cannabis.”

The survey was taken between December 2016 and January 2018 — prior to the wave of lung injuries among young people that occurred in 2019. It was given the name EVALI, or e-cigarette or vaping use-associated lung injury.

Boyd thinks some of these lung problems reported in the survey were probably due to EVALI, which has been linked to pot-laced e-liquids and particularly those containing vitamin E acetate.

According to the U.S. Centers for Disease Control and Prevention, 4 out of 5 patients with EVALI had vaped cannabis, versus only about 16% who said they were only vaping nicotine.

In addition, vitamin E acetate was found in the lung fluid of all patients with EVALI, but never in people who weren’t suffering from lung injury related to vaping, Boyd noted.

“It could be a lot of things that cause respiratory symptoms among vapers, including cannabis vapers,” Boyd said. “There are other things in these compounds. But right now, there appears to be a notable association between EVALI and vitamin E acetate.”

“The FDA doesn’t make sure that these substances have in them what they say on the label, so you’re always at the mercy of the manufacturer,” Rizzo said. “They’ve really not been taking the action they need to. The dates have gone by when some of the products on the market should have been submitting data to the FDA. They’re not keeping to the timeline they said they would as far as removing products from the market.”

How to Quit Smoking: 13 Tips to End Addiction See Slideshow

Folks thinking about vaping pot should keep in mind that they could be drawing just about anything into their lungs, Rizzo said.

“Rather than trying to pigeonhole a specific term like EVALI as a concern for some of this cannabis use in electronic devices, I think it’s more important to look at the broader picture of what inhaling any substance like this can do to the airways and the lungs,” Rizzo said.

The study appears in the March 3 Journal of Adolescent Health.

The American Lung Association has more about EVALI.