One of the hottest topics now in psychiatry is the possibility of repurposing long-established cardiovascular medications for treatment of patients with serious mental illness, Livia De Picker, MD, PhD, said at the virtual congress of the European College of Neuropsychopharmacology.

Dr Livia De Picker said she makes sure that a statin is onboard in her patients with schizophrenia, major depressive disorder, or bipolar disorder who are over age 60.

The appeal is multifold. A huge unmet need exists in psychiatry for new and better treatments with novel mechanisms of action. Many guideline-recommended cardiovascular medications have a long track record, including a well-established safety profile with no surprises, and are available in generic versions. They can be developed for a new indication at minimal cost, noted De Picker, a psychiatrist at the University of Antwerp (Belgium).

The idea of psychiatric repurposing of drugs originally developed for nonpsychiatric indications is nothing new, she added. Examples include lithium for gout, valproate for epilepsy, and ketamine for anesthesiology.

Indeed, the only high-quality randomized trial evidence of psychiatric benefits for any class of cardiovascular medications is for statins, where a modest-sized meta-analysis of six placebo-controlled trials in 339 patients with schizophrenia showed the lipid-lowering agents had benefit for both positive and negative symptoms (Psychiatry Res. 2018;262:84-93). But that’s not a body of data of sufficient size to be definitive, in De Picker’s view.

Much of the recent enthusiasm for exploring the potential of cardiovascular drugs for psychiatric conditions comes from hypothesis-generating big data analyses drawn from Scandinavian national patient registries. Danish investigators scrutinized all 1.6 million Danes exposed to six classes of drugs of interest during 2005-2015 and determined that those on long-term statins, low-dose aspirin, ACE inhibitors, angiotensin receptor blockers, or allopurinol were associated with a decreased rate of new-onset depression, while high-dose aspirin and nonaspirin NSAIDs were associated with an increased rate, compared with a 30% random sample of the country’s population (Acta Psychiatr Scand. 2019;1391:68-77).

Similarly, the Danish group found that continued use of statins, angiotensin agents, or low-dose aspirin was associated with a decreased rate of new-onset bipolar disorder, while high-dose aspirin and other NSAIDs were linked to increased risk (Bipolar Disord. 2019;[15]:410-8). What these agents have in common, the investigators observed, is that they act on inflammation and potentially on the stress response system.

Meanwhile, Swedish investigators examined the course of 142,691 Swedes with a diagnosis of bipolar disorder, schizophrenia, or nonaffective psychosis during 2005-2016. They determined that, during periods when those individuals were on a statin, calcium channel blocker, or metformin, they had reduced rates of psychiatric hospitalization and self-harm (JAMA Psychiatry. 2019;76[4]:382-90).

Scottish researchers analyzed the health records of 144,066 patients placed on monotherapy for hypertension and determined that the lowest risk for hospitalization for a mood disorder during follow-up was in those prescribed an ACE inhibitor or angiotensin receptor blocker. The risk was significantly higher in patients on a beta-blocker or calcium channel blocker, and intermediate in those on a thiazide diuretic (Hypertension. 2016;68[5]:1132-8).

“Obviously, this is all at a very macro scale and we have no idea whatsoever what this means for individual patients, number needed to treat, or which type of patients would benefit, but it does provide us with some guidance for future research,” according to De Picker.

In the meantime, while physicians await definitive evidence of any impact of cardiovascular drugs might have on psychiatric outcomes, abundant data exist underscoring what she called “shockingly high levels” of inadequate management of cardiovascular risk factors in patients with serious mental illness. That problem needs to be addressed, and De Picker offered her personal recommendations for doing so in a manner consistent with the evidence to date suggestive of potential mental health benefits of some cardiovascular medications.

She advised that, for treatment of hypertension in patients with bipolar disorder or major depression, an ACE inhibitor or angiotensin-converting enzyme inhibitor is preferred as first-line. There is some evidence to suggest lipophilic beta-blockers, which cross the blood-brain barrier, improve anxiety symptoms and panic attacks, and prevent memory consolidation in patients with posttraumatic stress disorder. But the Scottish data suggest that they may worsen mood disorders.

“I would be careful in using beta-blockers as first-line treatment for hypertension. They’re not in the guidelines for anxiety disorders. British guidelines recommend them to prevent memory consolidation in PTSD, but do not use them as first-line in patients with major depressive disorder or bipolar disorder,” she said. As for calcium channel blockers, the jury is still out, with mixed and inconsistent evidence to date as to the impact of this drug class on mental illness outcomes.

She recommended a very low threshold for prescribing statin therapy in patients with serious mental illness in light of the superb risk/benefit ratio for this drug class. She makes sure a statin is onboard in her patients with schizophrenia, major depressive disorder, or bipolar disorder who are over age 60. In her younger patients, she turns for guidance to an online calculator of an individual’s 10-year risk of a first acute MI or stroke.

Metformin has been shown to be beneficial for addressing the weight gain and other adverse metabolic effects caused by antipsychotic agents, and there is some preliminary evidence of improved psychiatric outcomes in patients with serious mental illness.

Christian Otte, MD, who also spoke at the session, noted that not only do emerging data point to the possibility that cardiovascular drugs might have benefit in terms of psychiatric outcomes, there is also some evidence, albeit mixed, that the converse is true: that is, psychiatric drugs may have cardiovascular benefits. He pointed to a South Korean trial in which 300 patients with a recent acute coronary syndrome and major depression were randomized to 24 weeks of escitalopram or placebo. At median 8.1 years of follow-up, the group that received the SSRI had a 31% relative risk reduction in the primary composite endpoint of all-cause mortality, acute MI, or percutaneous coronary intervention (JAMA. 2018;320[4]:350-7).

“Potentially independent of their antidepressant effects, some SSRIs’ antiplatelet effects could be beneficial for patients with coronary heart disease, although the jury is still open regarding this question, with evidence in both directions,” said Otte, professor of psychiatry at Charite University Medical Center in Berlin.

De Picker offered an example as well: Finnish psychiatrists recently reported that cardiovascular mortality was reduced by an adjusted 38% during periods when 62,250 Finnish schizophrenia patients were on antipsychotic agents, compared with periods of nonuse of the drugs in a national study with a median 14.1 years of follow-up (World Psychiatry. 2020;19[1]:61-8).

Asked by an audience member whether she personally prescribes metformin, De Picker replied: “Well, yes, why not? One of the very nice things about metformin is that it is actually a very safe drug, even in the hands of nonspecialists.

“I understand that maybe psychiatrists may not feel very comfortable in starting patients on metformin due to a lack of experience. But there are really only two things you need to take into account. About one-quarter of patients will experience GI side effects — nausea, vomiting, abdominal discomfort — and this can be reduced by gradually uptitrating the dose, dosing at mealtime, and using an extended-release formulation. And the second thing is that metformin can impair vitamin B12 absorption, so I think, especially in psychiatric patients, it would be good to do an annual measurement of vitamin B12 level and, if necessary, administer intramuscular supplements,” De Picker said.

De Picker reported having no financial conflicts regarding her presentation. 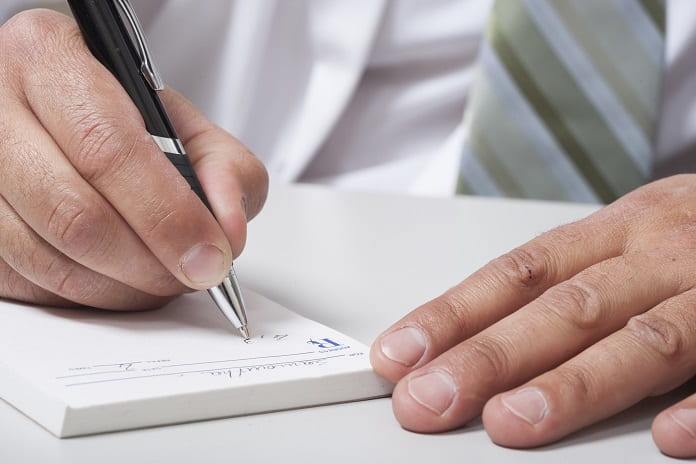