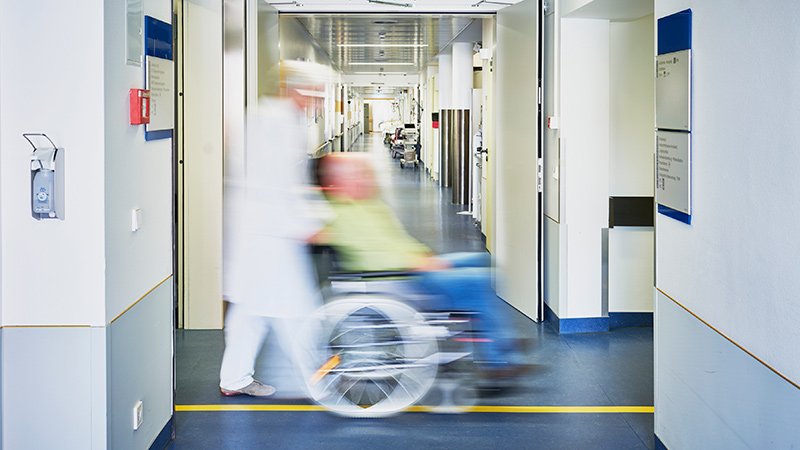 “While these are two very different patient groups, the ability to have something to treat OIC in noncancer patients who stay on opioids for whatever reason helps, because [otherwise] these patients are not doing well,” said lead author Eric Shah, MD, motility director for the Dartmouth program, Dartmouth Hitchcock Health, Lebanon, New Hampshire.

Importantly, peripherally acting µ-opioid receptor antagonists such as MNTX do not affect overall pain control to any significant extent, which is “reassuring,” he told Medscape Medical News.

“Methylnaltrexone has already been approved for the treatment of OIC in adults with chronic noncancer pain as well as for OIC in adults with advanced illness who are receiving palliative care, which is often the case in patients with cancer-related pain,” he noted.

The analysis was based on a review of data collected in two previously reported randomized, placebo-controlled studies (study 302 and 4000), which were used to gain approval.

The new analysis shows that “the drug works up front, and the effect is able to be maintained,” he said. “I think the studies are clinically relevant in that patients are able to have a bowel movement quickly after you give them an injectable formulation when they are vomiting or otherwise can’t tolerate a pill and they are feeling miserable,” Shah commented. Many patients with OIC are constipated for reasons other than from opioid use. They often have other side effects from opioids, including bloating, nausea, and vomiting.

“When patients go to the emergency room, it’s not just that they are not able to have a bowel movement; they are often also vomiting, so it’s important to have agents that can be given in a manner that avoids the need for oral medication,” Shah said. MNTX is the only peripherally acting opioid antagonist available in a subcutaneous formulation.

Moreover, if patients are able to control these symptoms at home with an injectable formulation, they may not need to go to the emergency department for treatment of their gastrointestinal distress, he added.

Approached for comment, Darren Brenner, MD, associate professor of medicine and surgery, Northwestern University, Chicago, Illinois, who has worked with this subcutaneous formulation, said it is “definitely a viable product.

“The data presented here were in patients with advanced illness receiving palliative care when other laxatives have failed, and the difference and the potential benefit for MNTX is that it is the only peripherally acting µ-opioid receptor antagonist that is approved for advanced cancer,” he added. The other products that are currently approved, naloxegol (Movantik) and naldemedine (Symproic), are both indicated for chronic, noncancer pain.

The other potential benefit of subcutaneous MNTX is that it can work very rapidly for the patients who respond to it. “One of the things investigators did not mention in these two trials but which has been shown in previous studies is that almost half of patients who respond to this drug respond within the first 30 minutes of receiving the injection,” Brenner told Medscape Medical News.

This can be very beneficial in an emergency setting, because it may avoid having patients admitted to hospital. They can be discharged and sent home with enough drug to use on demand, Brenner suggested.

‘—we ingastroenterology are not prescribing them—but regardless of the atients stay healthy at home and haefects from OICand the SC formulation helps too if patients cannot tolerate oral agents,” he said.

Both studies were carried out in adults with advanced illness and OIC whose conditions were refractory to laxative use. Both of the studies were placebo controlled.

Study 302 involved 78 patients with cancer and 56 patients with noncancer-related OIC. MNTX was given at a dose of 0.15 mg/kg subcutaneously every other day for 2 weeks.

Study 4000 included 152 patients with cancer and OIC and 78 patients with noncancer-related OIC. In this study, the dose of MNTX was based on body weight. Seven or fewer doses of either 8 mg or 12 mg were given subcutaneously for 2 weeks.

Shah explained that RFL is a meaningful clinical endpoint. Patients could achieve a bowel movement with the two prespecified time endpoints in both studies.

Not all patients were hospitalized for OIC, Shah noted. Entry criteria were strict and included having fewer than three bowel movements during the previous week and no clinically significant laxation (defecation) within 48 hours of receiving the first dose of study drug.

“In both studies, a significantly greater proportion of patients treated with MNTX vs placebo achieved an RFL within 4 hours after the first dose among both cancer and noncancer patients,” the investigators reported.

Table 1. Proportion of Patients Who Achieved an RFL Response Within 4 Hours of the First Dose

Results were relatively comparable between cancer and noncancer patients who were treated for OIC in study 4000, the investigators note.

Table 2. Repeat Dosing With Subcutaneous Mntx: RFL Response Within 4 Hours for Two or More of the First Four Injections, Maintained at 24 Hours