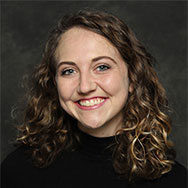 Kara Zivin, PhD, MS, MA, has spent her entire career researching mental health disorders, but that doesn’t make it any less difficult to talk about the near fatal overdose she experienced while pregnant with her son nearly a decade ago.

Zivin feared losing her credibility as a researcher who focuses on this topic. She worried about becoming a patient in the very department where she was a faculty member.

Now, Zivin is sharing her story to increase awareness of pregnancy-related mental health conditions and the risk of suicide during this vulnerable time.

Maternal mortality due to physical health risks like preeclampsia or hemorrhage have been deemed a national crisis. But maternal mental health conditions and “near-miss” suicides in the prenatal and postnatal period are often left out of this discussion, even though both are increasing among childbearing women, maternal mortality experts told MedPage Today.

“If I had cancer or diabetes it probably wouldn’t have the same level of shame and stigma, and that is another reason why I think it’s important for me to talk about it because I know I am not alone,” Zivin told MedPage Today.

In January 2020, the CDC updated its maternal mortality data for the first time since 2007, confirming what had long been suspected: The U.S. has one of the worst rates in the developed world, with 17.4 mothers dying per 100,000 live births in 2018.

Yet this probably underestimates the country’s maternal mortality burden, in part because this CDC data excludes deaths from “accidental or incidental causes,” such as suicide, overdose, or homicide. On the CDC’s Pregnancy Mortality Surveillance System website, there is no mention of suicide or mental health-related deaths.

As a result, the rate at which pregnant and postpartum women are dying by suicide remains unclear, but data indicate that deaths from “unintentional or accidental” causes comprise a substantial share of maternal mortality.

For example, one recent analysis of Louisiana death certificates found maternal homicides were the leading cause of death in pregnant and postpartum women during 2016 and 2017, occurring in 12.9 of every 100,000 live births, and far exceeding deaths from hypertensive disorders and obstetric embolism (3.2 and 4.8 per 100,000, respectively).

Meanwhile, other studies have shown overdoses and suicides represent the leading causes of postpartum death in California and account for some 20% of deaths among pregnant women and new mothers in Illinois.

In CDC data from 14 state maternal morbidity and mortality committees, 8.8% of deaths during 2008-2017 were attributable to suicide, overdose, or unintentional injuries related to a mental health condition.

It’s hard to say if this estimate is nationally representative because not all committees submitted data, and only 40 states have such committees, said Lindsay K. Admon, MD, MSc, of Von Voigtlander Women’s Hospital at the University of Michigan in Ann Arbor.

Plus, many committees do not consider suicides or self-harm to be pregnancy-related like a hemorrhage would be, Admon said.

In a study published Wednesday in JAMA Psychiatry — with Admon and Zivin as lead and senior authors, respectively — the prevalence of suicidal ideation among commercially insured women in the year before or after giving birth increased from 0.1% to 0.5% per 100 women from 2006 to 2017.

The researchers found rates of self-harm also doubled during this time period, from 0.1% to 0.2%. Overall suicidality increased from 0.2% to 0.6%, adding up to about 24,000 suicidal women when extrapolated to the 4 million who give birth each year.

“Irrespective of that limitation, we know there is a really significant burden that previously had not been looked at,” Admon said.

Another study by the same group found the prevalence of perinatal mood and anxiety disorders increased nationally from 18.4% to 40.4% from 2006 to 2015. The incidence of serious mental illness also nearly doubled among delivering women across the study period, from 4.2% to 8.1%.

The prenatal and postnatal period are vulnerable times because of the simultaneous physiological, hormonal, and psychological stressors on the body. Many physicians are also wary of continued use of selective serotonin reuptake inhibitors (SSRIs) through pregnancy, although recent evidence has refuted earlier reports linking some of the most common medications to birth defects.

During Zivin’s pregnancy, she went off her antidepressants and suffered from a severe bout of insomnia. She felt a swelling social pressure to perform as the “perfect mother,” and then felt guilty when she didn’t feel she could.

“I was really sick and racked with guilt and overwhelmed,” Zivin said. “I had a hard time seeing how I was going to do everything.”

Gaps in Continuity of Care

Although the American College of Obstetricians and Gynecologists (ACOG) recommends screening women for mental health conditions with questions pertaining to suicidality during pregnancy and the postpartum period, sometimes that is not enough to capture crises that arise rapidly, Zivin said.

Often, patients have to wait 6 weeks after delivery for a check-up where such screening would be performed, and then they might not see providers until their next annual exam. Medicaid beneficiaries — which accounted for 43% of U.S. deliveries in 2016 — typically receive coverage only through 6 weeks postpartum, although some states have expanded coverage for up to one year.

Some women may also fear disclosing suicidal thoughts during screening because they fear their newborns will be taken away. In the U.S., only a handful of psychiatric hospitals allow suicidal mothers to keep their infants, said Susan Hatters-Friedman, MD, a forensic and reproductive psychiatrist at the Case Western Reserve University School of Medicine in Cleveland, Ohio.

“Many other places in the English-speaking world have mother-baby units,” Hatters-Friedman told MedPage Today. “Additional potential issues with breastfeeding policies in psychiatric units might be another reason why a mother might minimize these thoughts.”

Some specialists have been working to expand insurance policies and ensure women have access to care through the “fourth trimester,” when many mental health problems arise.

Among 11 high-income countries in a Commonwealth Fund study published Wednesday, all except the U.S. required a home visit from a midwife or nurse within one week of delivery to address mental health concerns. The U.S. was also the only high-income country that does not offer guaranteed paid leave to all mothers, according to the study.

In the new JAMA Psychiatry study, women of all income levels saw increased suicidality risk over the study period, but it was most severe for women making less than the federal poverty level.

Although most pregnancy-associated suicide deaths occur in white women, Black women in this study also experienced the greatest increase in suicidality and self-harm compared to women of other races, rising by 0.7% across the study period and affecting 1% of the population by 2017.

“I had lots of advantages and this still happened [to me],” Zivin said. “I worry lots about women and families that struggle to get access to care.”

Overall, the U.S. has 12 ob/gyns and midwives per 1,000 live births, according to the Commonwealth Fund study, whereas the nine other high-income countries have rates two- to six-fold higher (mostly because midwives are far more common).

One 2015 survey of psychiatry residency programs found 41% did not offer any degree of training in reproductive psychiatry, with fewer than a dozen programs across the country in this subspecialty.

Pediatricians are being enlisted to screen for depression and suicidality because of their frequent contact with new mothers, but they may not know a psychiatrist to refer Mom to when she scores positive on a depression screening, Mangla said.

“Lots of physicians even within my field shy away from treating this population,” Mangla told MedPage Today. “They are a high risk population with many unique challenges … but [their conditions] are still treated in the same way.”

“These suicides are preventable,” Mangla said.

If you or someone you know is considering suicide, call the National Suicide Prevention Lifeline at 1-800-273-TALK (8255).

Co-authors reported ties with the National Institutes of Health, the Agency for Healthcare Research and Quality, the American Association of Obstetricians and Gynecologists, the Arnold Foundation, the Blue Cross Blue Shield of Michigan Foundation, Bind Health Insurance, and the Department of Veterans Affairs.

The study was funded by the National Institute of Mental Health and the Office of Research on Women’s Health.