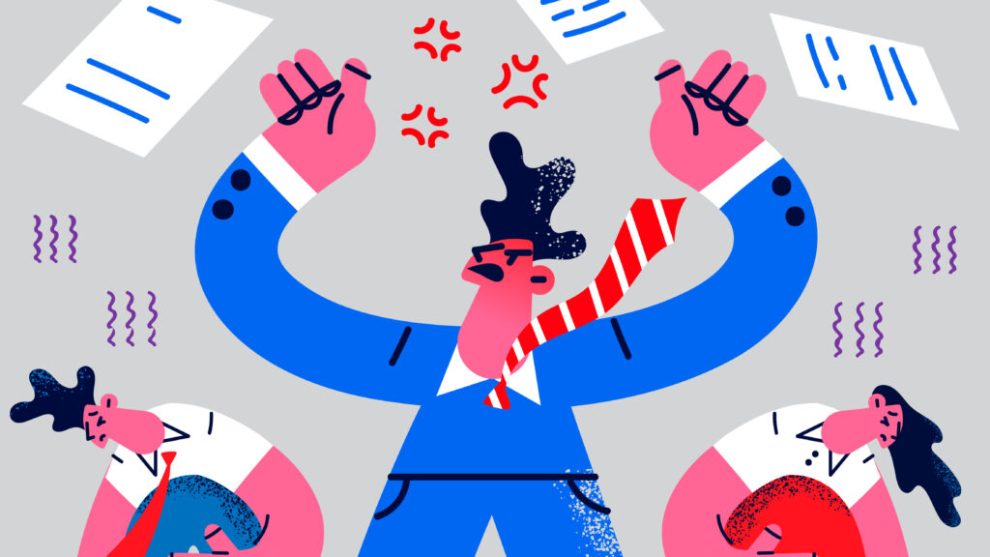 Accusations that Eric Lander, now the former head of the White House Office of Science and Technology Policy, bullied staff members included charges that he spoke “harshly and disrespectfully” and in a “demeaning and abrasive way” to them in the presence of others. He was also accused of “retaliating against staff for speaking out and asking questions by calling them names, shunning them, taking away their duties and replacing them or driving them out of the agency.”

This type of behavior, colloquially called bullying, is referred to as “abusive supervision” in the organizational sciences. Lander’s actions and behavior represent only a small portion of the spectrum of bullying behaviors.

Abusive supervision is a subordinate’s perception of sustained hostile verbal and nonverbal supervisory behavior, but does not include physical contact. Examples include ridicule, public criticism, isolation, silent treatment, invasion of privacy, lying, and withholding credit, or taking credit for others’ ideas or work. A large body of research in the organizational sciences addresses the causes, consequences and contextual factors surrounding abusive supervision.

Research on the consequences of bullying indicates that it can seriously affect the health and well-being of those experiencing it. These effects take the form of lower job satisfaction, emotional exhaustion, and psychological distress, including anxiety and depression. Abusive behavior can also affect people in the targets’ circle of influence; for example, abusive behavior in a health care system may cause errors in medical decision-making, which affects patients’ health.

Yet despite the personal toll that bullying can take, many targets choose to tolerate the toxic environment rather than speak up. The main reasons for this include the fear of retaliation by perpetrators and their supporters, who may gang up against targets, fear of losing their jobs and/or visas, and the paucity of fair and unbiased actions against perpetrators in a timely and efficient manner.

We recently collected data from targets of bullying in academic science, a context that is widely thought to be ripe for abuse mainly because academic institutions have done little to curb bullying or to punish those who do it. This situation, which has been part of academic institutions for decades, sends reinforcing signals to bullies that they can continue their behaviors and even use such behaviors as dysfunctional career tools.

The targets in this context are often Ph.D. students, post-docs, and junior faculty working in the labs of principal investigators. We found that the vast majority of targets — and witnesses — did not report the bullying. When given the opportunity to explain why, 79% reported fear of retaliation, 17% said they didn’t have information on where or to whom to report the bullying, and 5% feared losing their visas. They were more likely to be silent or seek support from friends and family than to report or speak up.

These findings, sadly, did not come as a surprise, based on the literature in the organizational sciences and our own experience gathering more than 700 narratives from targets of bullying, some of which are summarized in an article that is part of the careers section of Science Magazine.

Among the individuals who did report bullying to their institutions/organizations, the vast majority said that the responses they received were unfair and biased. The most likely institutional response was “nothing happened” or the bullies were actually protected, followed by retaliation by the bullies and their supporters against the person reporting the bullying, many of whom ultimately left their workplaces.

Lander’s resignation over workplace bullying: The tip of the iceberg of a public health problem

We believe that bullying issues in science exist because of the power differentials between the bullies and their subordinates. A power difference could explain the driving force in Lander’s case.

What we’ve learned about bullying in academic science applies to other workplaces, including the White House. Many institutions lack proper or clear planning on how to handle complaints or charges of bullying, what to do with perpetrators, and how to support targets. That is the root of the all-too-common outcome of many studies, including our own survey, that bullies are protected and targets get minimal support — if any.

We will be watching how the White House ultimately reacts to the Lander episode and how it supports the targets of his bullying. What it should do is continue Biden’s inaugural pledge of a zero-tolerance policy, signaling to future targets that speaking up is the right thing to do. It should also offer counseling services to the targets and evaluate the backgrounds of future appointees to ensure there is no history of bullying. And since bullying has come to light in the White House, this may be the opportunity to begin discussions of federal legislation, mirroring that of sexual harassment, which will encourage organizations and institutions to create zero tolerance policies with teeth, enacting consequences bullies can expect. A strong stand from the White House following this high-profile case would be a strong signal.

Science — like politics — has a reputation of being a “tough” field. To be a great scientist, individuals must pay their dues, which might include working nonstop and kowtowing to the whims of an abusive supervisor. There is also the probability of a trickle-down effect. Just as abused children are more likely to become abusive spouses or parents, budding scientists who were bullied by their bosses tend to become bullies themselves. Sadly, the limited institutional support for the targets of bullying can make them fertile factories for producing future bullies.

How the White House responds to Lander’s bullying and how it supports the targets of that bullying will have an impact — for better or for worse — on how other organizations handle workplace bullying. We believe that the only timely and effective way to finally address academic and other workplace bullying is by increasing awareness among all stakeholders and making everyone a proactive ally.

Sherry Moss is a professor of business and of organizational behavior at the Wake Forest University School of Business in Winston-Salem, North Carolina, and a director of the Academic Parity Movement, a nonprofit organization that aims to address academic bullying, mobbing, abusive supervision, harassment, and discrimination at their roots. Morteza Mahmoudi is an assistant professor of nanomedicine in the Department of Radiology and Precision Health Program at Michigan State University in East Lansing, Michigan and a cofounder and director of the Academic Parity Movement.