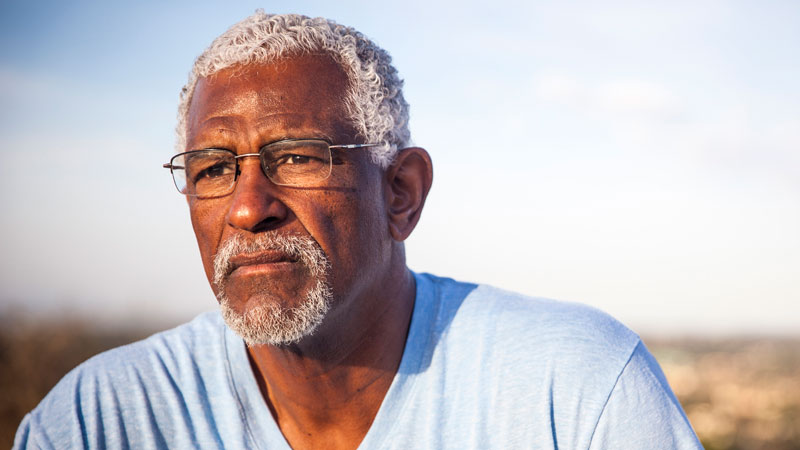 A lack of interest in usual activities in older adults may be an early sign of dementia, new research shows.

In a large, prospective study, investigators found that individuals with severe apathy at baseline had a twofold increased risk of developing dementia over a 9-year period compared to their counterparts who were not apathetic.

“This study provides novel evidence for apathy as a prodrome of dementia,” the investigators, led by Meredith A. Bock, MD, clinical fellow at the University of California, San Francisco, Movement Disorder and Neuromodulation Center, write.

“We had our hypothesis about apathy, but the effect size in our study was surprisingly large ― and larger than we were expecting,” Bock told Medscape Medical News.

“More research is needed, but it’s possible that [these patients] could benefit from early interventions and efforts to reduce other risk factors,” she added.

The findings were published online October 14 in Neurology.

“Apathy, defined as decreased motivation and goal-directed behavior, is the most prevalent neuropsychiatric symptoms among the dementia subtypes,” the investigators write.

They add that although apathy “is correlated with depression,” it is its own unique entity. They note that about a third of patients who have both apathy and dementia do not show signs of depression.

The National Institute on Aging has flagged apathy as “a highly informative neuropsychiatric risk state,” the researchers note.

However, previous research has focused on patients with mild cognitive impairment at baseline. In addition, these studies had small sample sizes and short follow-up.

“There are no large studies that have investigated apathy as an independent risk factor for or prodrome of dementia in a diverse sample of cognitively normal older adults,” the researchers note.

“We think of the prodromal phase as the time when there’s something abnormal going on in the brain but we can’t yet detect it with our standard cognitive test. So we’re thinking of other things we can ask about or look for that will give us a clue that something isn’t quite right with a patient or that damage might be going on in the brain,” Bock said.

The investigators assessed 2018 participants (52.3% women; 64.1% White and 35.8% Black; mean age, 74 years) in the Health, Aging, and Body Composition (Health ABC) study. All lived in the community and did not have dementia at baseline.

The current analyses’ baseline was year 6 of the study. At that time point, a modified version of the Apathy Evaluation Scale was administered. Using the scores on this measure, participants were divided into three groups on the basis of level of apathy symptoms ― low (38%), moderate (37%), or severe (25%).

To evaluate cognition, the investigators administered the Modified Mini Mental State Examination (3MS) and the Digit Symbol Substitution Test (DSST) at years 5, 8, and 10.

An algorithm incorporating hospital records, use of dementia medication, and cognitive scores was used to determine incident dementia over a 9-year period.

Results showed that 381 participants (18.9%) developed probable dementia during the follow-up period. In total, 25% of the severe-apathy group developed dementia, vs 19% of the moderate-apathy group and 14% of the low-apathy group.

Higher apathy was linked to a significantly higher risk of developing probable dementia in a graded manner (P < .0001).

“However, there was no association observed between the apathy groups and change in cognition over time in unadjusted or adjusted linear mixed-effects regression models,” the investigators note.

In addition, no significant association was found between level of apathy and APOE4 status, race, or sex.

“While it is possible that apathy represents a causal risk factor for dementia, likely mediated by social withdrawal, our study adds to the growing body of evidence that it is a prodromal symptom,” the researchers write.

The findings suggest that apathy in older individuals should be investigated, Bock added.

“Particularly if there are imaging or other biomarkers that correlate with apathy, it could be a way of finding patients early enough in the process of neurodegeneration that they would be more likely to respond to therapeutic intervention,” she said.

Commenting on the findings for Medscape Medical News, David Knopman, MD, professor of neurology, Mayo Clinic, Rochester, Minnesota, said that the study provides some “novel information” about the relationship between apathy and cognitive impairment.

“The idea that apathy is a prodrome of developing dementia is really a very important point. That means it is part of the overall process. You wouldn’t call it a risk factor; it’s a prodrome because it’s part of the disease,” said Knopman, who was not involved with the research.

He noted that, on the basis of the results, clinicians should be aware that subtle changes in behavior can precede overt cognitive dysfunction.

If there’s a sudden lack of interest in playing golf or in reading as much as was done previously, “you can’t make a diagnosis on that kind of information. However, for a primary care physician, you can file it away” and check back over time, Knopman said.

In other words, losing interest in something may not be a problem by itself but it could be a piece of the overall problem, he noted.

“Dementing illness is more than just failure on cognitive tests. It profoundly affects behavior, of which apathy or depression or anxiety are very common. And these behaviors are a core part of the disease,” he added.

The study was funded by a grant from the National Institute on Aging. The investigators and Knopman have reported no relevant financial relationships.