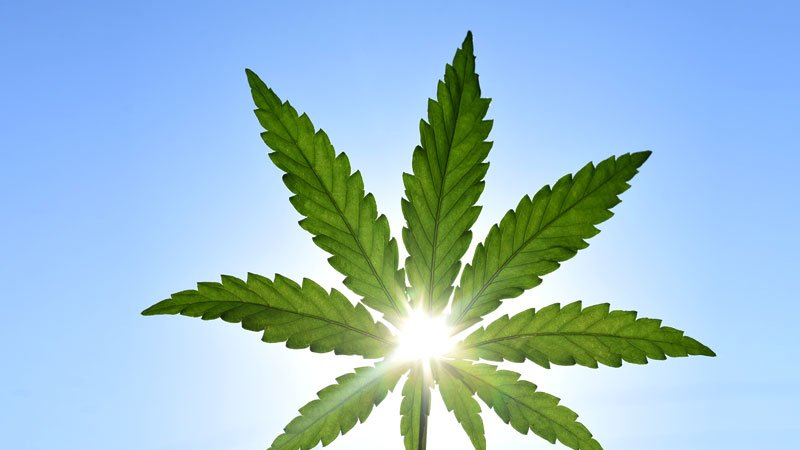 A new study finds 1 in 4 women have tried cannabis to manage menopause symptoms. Laura Hamilton is one of them. She’s used pot recreationally since she was in college, but was surprised when she realized it was helping ease her menopause symptoms, which included insomnia, mood changes, vaginal dryness, and hot flashes.

“It really made a difference. I wondered if I was imagining it, so I started giving it to my friends, and it helped them too,” she says. “If I smoke it at night, I sleep like a baby. I also infuse it in an olive oil or coconut oil and drizzle it on a salad or avocado toast, and it helps stabilize my mood. It doesn’t make me giddy or feel out of it ― it just helped with the peaks of the moods and the emotional roller coaster I was going through.”

Hamilton says she also uses the oil on her skin to help with vaginal dryness. However she uses it, she says she notices a difference after about 30 to 45 minutes, and it lasts for several hours.

But not everyone has the same kind of experience. Lisa Renee of Trumansburg, NY, tried cannabis to manage her menopause symptoms. After eating half a sugar cube-sized edible, she had hours of unpleasant and uncomfortable symptoms that she didn’t like and couldn’t wait to end. She says she felt drunk and anxious, flipped through a bliss and panic cycle, felt intense madness, worried about everything from death to her teeth, and she was also “entirely too aware of my tongue.”

“It was sort of terrifying, sort of funny, ultimately kind of exhausting and seemed like a bad route for me. That said, I have always been sensitive to such things,” Renee says. “I think I’m not a great candidate for pot as a menopause balm.”

A new study shows that many women are exploring or want to explore this untraditional way to treat menopause symptoms.

While cannabis is considered an illegal substance under federal guidelines, 33 states and the District of Columbia have passed laws making its use legal for medical and/or recreational use.

“This study highlights a somewhat alarming trend and the need for more research relative to the potential risks and benefits of cannabis use for the management of bothersome menopause symptoms,” says Stephanie Faubion, MD, medical director for the North American Menopause Society.

The study’s lead author, Carolyn Gibson, PhD, a psychologist and health services researcher at San Francisco VA Health Care System, says it’s worth noting that some women reported using many approaches to manage menopause symptoms, too, including hormone therapy and/or other prescribed medications, in addition to cannabis. “It is surprising that [cannabis] was more commonly reported than hormone therapy ― the front-line treatment for common menopause symptoms,” she says.

How Safe Is Cannabis for Menopause?

Gibson says it’s not well understood whether cannabis use is a safe or effective way to manage menopause symptoms. “Existing evidence does raise concerns about the impact of some forms of cannabis use on cognition, cardiovascular health, and mental health.”

But Michelle Sexton, a doctor of naturopathic medicine at the University of California, San Diego, who has long studied cannabis and now works as a patient educator, says it’s important to know that cannabis comes in different strengths. She likes to compare it to peppers, whose level of spice ranges dramatically, whether you’re eating a bell pepper or a ghost pepper.

“I think when people view cannabis through a lens of harm and addictive potential, it’s at a certain high-level dose,” she says. “But when we use a product on the bell pepper-end of the cannabis spectrum, we aren’t talking about the concentrates and highly potent cannabis that people are using for recreation, and using those bell pepper doses just isn’t well understood. We really need more research to look at the therapeutic dosing model to see if there is in fact a harm reduction at these lower doses.”

How Women Are Using Cannabis for Menopause

Mitchell Kramer, MD, chair of the Department of Obstetrics and Gynecology at Huntington Hospital in New York, says while he does have patients who use marijuana for severe menopausal symptoms, he doesn’t recommend it as a first-line treatment.

“We have a number of studied and medically approved effective therapies for the management of menopause,” he says.

But for patients with severe symptoms who are “unable, unwilling, or who have tried standard therapies, medical marijuana would be a reasonable therapy to consider. If patients want to use cannabis, he recommends using medical marijuana from a licensed, credentialed prescriber rather than the local dealer whose product may be of questionable quality.

Sexton says she helps people navigate the retail landscape, because “that is a minefield. … When a patient walks into a dispensary, the workers aren’t equipped to practice medicine, and they often recommend products they like, which may be totally inappropriate for the patient.”

She says in general, THC helps lower body temperature, which can help with hot flashes. Pot’s mellowing effects may help settle your mood and improve sleep, but everyone’s reaction may differ. “As with any medication, you will have responders and non-responders. But across the board, especially for sleep, we see great responses.”

THC, or tetrahydrocannabinol, is the ingredient in marijuana that causes a “high.”

Sexton says women of menopausal age need to be especially mindful of the dose they are taking. In California and many other states, for example, she says edibles are sold at an individual serving of 10 milligrams.

“That is way too much for older people in general and also for a novice,” she says. “We are using really low-THC doses so people aren’t getting impaired or having extreme euphoria.”

But other doctors warn about the use of cannabis at all. “The escalation of cannabis use in this country is associated with the increasing rates of opioid use, suicide in young people, and mental health issues, among myriad other things ― autism, heart disease,” says Faubion, who’s also the director of the Mayo Clinic Center for Women’s Health in Jacksonville, FL.

If concern about cancer risk with hormone therapy is driving a woman’s decision, some doctors say women should discuss that with their providers to better understand the reality.

“The concept that there is little else out there to treat menopause, and that it is not safe or that hormone replacement therapy causes cancer, is false and uninformed,” agrees Kramer.

Gibson says she hopes health care providers consider asking about cannabis use and other approaches that patients may be trying outside of what has been prescribed or recommended.

In Canada, where cannabis is legal for medical and recreational uses, Laura Hamilton left a job in finance and is now a cannabis educator for women ― advising them how to use it for menopause and other life changes. “There is a lot of information out there, and it can be hit or miss until you find the right strain and dose, so I decided I wanted to help people, encourage them not to be afraid to look into it, and give them permission to look at the plant ― not through the prism of the war on drugs, but instead for all the benefits it can bring to your life.”

As for Lisa Renee, she says she doesn’t know if her experience is instructive for others, but she does know for certain that she is not a great candidate for pot. She has gone on to try CBD capsules and cream and feels those have helped, although she’s post-menopausal now and her symptoms have largely eased.

“I do have friends who swear that pot has helped them through it, and CBD seems to have offered me some late relief. Ultimately, as with everything menopausal, each journey is personal.”

CDC: “Marijuana Fast Facts and Fact Sheets,” “What is marijuana?” “How is marijuana used?”

CDC: “Marijuana Fast Facts and Fact Sheets,” “What is marijuana?” “How is marijuana used?”