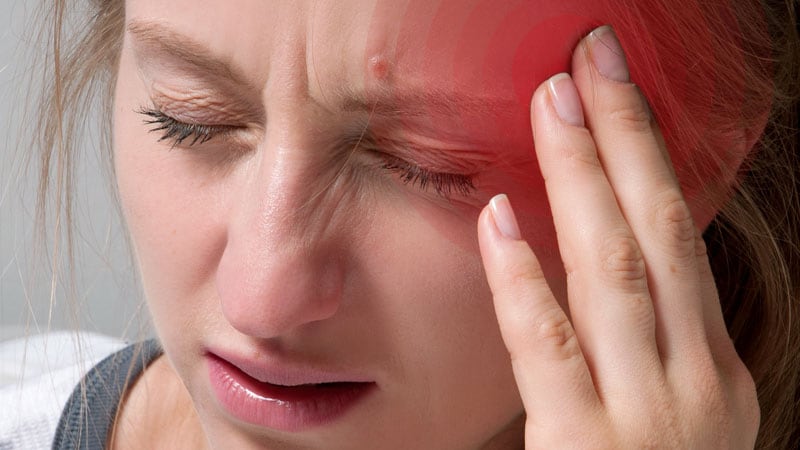 Investigators found that among patients with migraine who are eligible for preventive therapy, more than a third were not offered this option. In addition, fewer than 10% were currently taking preventive medication, and an additional 10% had discontinued preventive therapy.

“We confirmed that as of 2012 to 2013 — the years these data were collected from a large, comprehensive survey — gaps in care remained,” study investigator Stephanie J. Nahas, MD, director of the headache medicine fellowship program, Thomas Jefferson University, Philadelphia, Pennsylvania, told Medscape Medical News. “In this preventive-eligible population, 35% reported never even being offered preventive medication.”

Furthermore, only 28% of patients taking preventive medication experienced a reduction in headache frequency to less than 4 days per month, which is a primary goal of treatment, said Nahas. Disease burden, as measured with scales of disability and affective comorbidities, remained substantial.

The findings were presented at the virtual American Headache Society (AHS) Annual Meeting 2021.

In 2019, the AHS published a position statement recommending that preventive treatment be considered for patients who have migraine and four or more monthly headache days (MHDs), regardless of their level of associated disability.

However, previous data suggest few patients who are eligible for preventive treatment receive it. In addition, many who have used preventive medications don’t adhere to their regimens because of problems with tolerability, efficacy, or both.

To identify treatment gaps and characterize self-reported use of preventive medications for migraine, the investigators examined data from the Chronic Migraine Epidemiology and Outcomes (CaMEO) study, a web-based survey conducted in a representative US sample from September 2012 through November 2013.

The survey identified and characterized patients who met modified criteria for migraine consistent with those in ICHD-3. The researchers classified respondents who had migraine and four or more MHDs as potentially eligible for migraine preventive treatment.

They assessed the study population’s use of oral preventive medications, migraine-related disability and burden, willingness to take preventive treatment, and reasons for discontinuation.

In all, 16,789 respondents met criteria for migraine, and 6579 (39.2%) reported having at least four MHDs. The median age of this subgroup that was eligible for preventive treatment was 40.3 years, and approximately 79% were women.

High proportions of these patients have moderate or severe disability (64.7%), depression (43%), and anxiety (39%). The rates of these outcomes are higher in users who discontinued treatment, likely because of confounding by indication, she added.

The prevalence of anxiety was similar between those who currently used, formerly used, or never used preventive medications. However, there were differences between never-users and current or former users with respect to moderate to severe depression (never-users, 43%; current users, 49.4%; discontinued users, 46.5%) and moderate to severe disability (never-users, 64.7%; current users, 80.4%; discontinued users, 78.9%).

In all, 44.6% of those who discontinued preventive therapy reported safety and tolerability problems as reasons for stopping treatment. In addition, 39.7% reported that these medications did not prevent enough headaches.

Some patients reported partial or temporary efficacy as a reason for discontinuation. Other reasons were related to healthcare costs and access and personal preferences. Only 9.2% of patients who discontinued treatment said that their headaches improved enough to stop medication.

There are likely multiple reasons for the low rate of migraine prevention treatment, said Nahas.

Many people with migraine never consult a clinician, owing to factors such as stigma, cost, lack of access, and lack of awareness. In addition, patients with migraine are frequently misdiagnosed, she added.

“Other data suggest that only about a quarter of people with episodic migraine and under 5% of people with chronic migraine consult a clinician, receive an accurate diagnosis, and are prescribed appropriate therapy,” said Nahas.

When the data in this analysis were gathered, public awareness of migraine was much lower than it is today, and injectable migraine therapies had not gained broad acceptance, she noted. Nahas added it’s possible that attitudes toward injectable preventive medications have changed.

“Would people still prefer daily oral medications? We can’t know for sure until we start asking,” she said.

In addition, scientific advances and educational outreach have increased clinicians’ awareness, interest, and skill regarding injectable medications, she said.

“I would certainly hope to see that a much greater proportion of preventive-eligible persons with migraine were at least offered, if not currently taking, preventive medication,” said Nahas. “But there’s no pleasing everyone, so I think we would still see somewhat disheartening discontinuation rates. The reasons for discontinuation, however, might be less typified by concerns about safety and tolerability.”

Commenting on the study for Medscape Medical News, Mia Tova Minen, MD, chief of headache research and associate professor of neurology and population health at NYU Langone Health, New York City, noted that although CaMEO is an older study, its results are still highly relevant.

“Unfortunately, primary care providers are still uncomfortable prescribing migraine preventive medications, and this accounts for the large percentage [of patients] with migraine who, while eligible for migraine preventive therapy, are not offered it,” she said.

The American Academy of Neurology’s guidelines for migraine prevention were published in 2012 and are currently being updated. The updated guidelines may include new evidence for candesartan and emerging treatments, such as melatonin and aerobic exercise.

The current findings suggest a need for additional ways of educating patients with migraine who are eligible for preventive therapies so that they can advocate for themselves, she added.

They also suggest the idea of demanding more insurance coverage of behavioral therapies for migraine, because data indicate that these treatments have long-term efficacy and good safety profiles, said Minen.

She noted that a significant weakness of the current study is that it examined data collected before the US Food and Drug Administration approved monoclonal antibodies and therefore does not reflect patients’ current experience with medications.

The findings reinforce the idea that either patients are not talking to their primary care physicians about their headaches and disability or that clinicians are not asking about them, she added.

“Both issues are likely linked to the stigma that this disease state has surrounding it. This is an invisible neurological disorder to most,” Nye said.

The study was sponsored by Allergan before it was acquired by AbbVie. Nahas has served as a consultant, advisory board member, or speaker for AbbVie/Allergan, Alder/Lundbeck, Amgen/Novartis, Biohaven, Eli Lilly, Impel, Nesos Corp, Supernus, Teva, Theranica, and Zosano. She has not received and will not receive monetary compensation for this research. Minen has disclosed no relevant financial relationships.