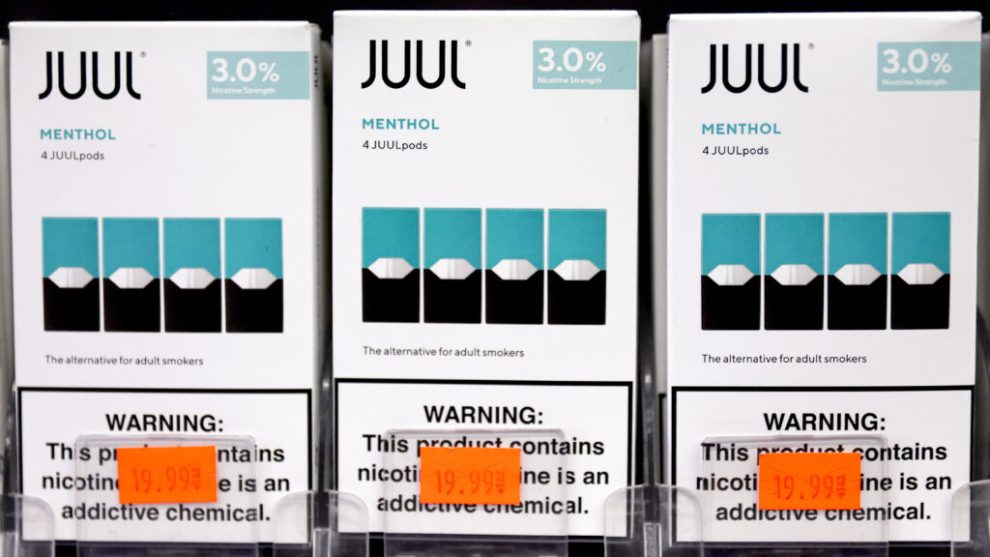 WASHINGTON — The Food and Drug Administration has ordered all vaping products made by the controversial company Juul off the market, the agency announced Thursday morning — but not for the reason you might expect.

The FDA says it is pulling Juul products off the market not because of the company’s historic appeal to youth, but because of concerning toxicology data and risk of “potentially harmful chemicals leaching from the company’s proprietary e-liquid pods.”

The move is the most significant action the FDA has taken against a major tobacco company to date — and could spell disaster for the Juul brand.

In a press release, the FDA warned that Juul must stop marketing all of its products, and that current products must be pulled off the shelves “or risk enforcement action.” However, the decision is almost certainly going to be challenged in court.

Juul did not immediately respond to a request for comment.

The move is likely to be applauded by tobacco control advocates and members of Congress who have blamed Juul for recent rises in youth tobacco use. It remains unclear, however, how much of an impact pulling Juul off the market will actually have on youth vaping rates.

A yearly survey of youth tobacco users conducted by the CDC has found that Juul’s popularity among young people has waned in recent years. While the majority of young vapers said Juul was their preferred brand in 2019, 2021 survey data showed that Juul was the fourth-most popular brand among teens, trailing significantly behind its also-controversial competitor, Puff Bar.

The FDA’s action against Juul is particularly striking because it is a departure from the agency’s previous decision to allow some of the company’s main competitors to stay on the market. The FDA decided in April, for example, to allow the company NJOY to continue selling its tobacco-flavored products.

The FDA’s decision to single out Juul appears primarily to center around concerns with the company’s toxicology data.

“Some of the company’s study findings raised concerns due to insufficient and conflicting data — including regarding genotoxicity and potentially harmful chemicals leaching from the company’s proprietary e-liquid pods — that have not been adequately addressed and precluded the FDA from completing a full toxicological risk assessment of the products named in the company’s applications,” the FDA wrote.

The agency added, however, that “the FDA has not received clinical information to suggest an immediate hazard associated with the use of the JUUL device or JUUL pods.”