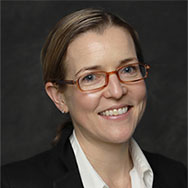 During a hearing of the House Committee on Oversight and Reform on Tuesday, Democrats argued that the Sackler family — the former owners of Purdue Pharma and the makers of OxyContin — will likely escape legal liability for helping to fuel the opioid epidemic unless a loophole in bankruptcy law is closed.

Republicans have countered that there are better ways to curb substance use and overdoses.

“Usually when you kill someone, you go to jail,” said Chairwoman Carolyn Maloney (D-N.Y.). And the Sackler family, according to documents Maloney said she’s read, “killed almost half a million people.”

“The Sacklers can’t have it both ways,” she added. On the one hand, the family claimed for years that they had no involvement in Purdue’s “reckless” and “dishonest marketing,” which hid the addiction potential of OxyContin, but on the other hand, she said, they’re exploiting the company’s bankruptcy to gain legal immunity.

Purdue’s bankruptcy is something else the Sacklers are responsible for, said Patrick Radden Keefe, a witness before the committee and the author of “Empire of Pain: The Secret History of the Sackler Dynasty.”

Every state in the union has sued Purdue and half of them have sued the Sackler family, Keefe noted. But for years the family secretly siphoned money from the company, totaling more than $10 billion, because “they knew a day of reckoning was coming,” he said.

The family has a history of shirking responsibility, he added.

Purdue pled guilty to federal charges of “misbranding OxyContin” 14 years ago. Three executives took the blame for the Sackler family, but no one went to jail, Keefe said.

Purdue was fined only $600 million, which was little more than a “speeding ticket” for the family, he noted. Or, quoting Arlen Specter, the late Pennsylvania Senator, simply an “expensive license for criminal misconduct.”

Now, the family is proposing to pay a $4.2 billion settlement, Maloney said, and aims to increase its opioid sales overseas to do so.

David and Kathe Sackler did not appear at the hearing Tuesday, but testified at a hearing in December.

Maloney recalled Kathe Sackler’s response when asked whether she would apologize for her part in the epidemic.

“There’s nothing that I can find that I would have done differently based on what I believed and understood then,” Sackler said.

The Department of Justice has so far “been complicit” in the proposed settlement, Maloney said, which would once again let the Sacklers “off the hook.” She intends to write a letter to Attorney General Merrick Garland, asking him to reconsider the DOJ’s position.

In the meantime, Maloney and Rep. Mark DeSaulnier (D-Calif.) are urging colleagues to pass the “SACKLER Act,” a bill they co-sponsored that would block individuals from taking advantage of the bankruptcy loophole. In some states, the loophole allows individuals, even those who haven’t filed for bankruptcy themselves, to obtain permanent immunity from lawsuits by states, tribes, municipalities, and the U.S. government.

A Loophole in the Law

Two attorneys general, both witnesses for the majority, support the new bill.

Maura Healey, the attorney general for the Commonwealth of Massachusetts, said that the current loophole would prevent those in law enforcement from pursuing claims and “vindicat[ing] those claims in court.”

Without the bill, Healey argued there’s no way to hold the Sacklers’ accountable.

“What I’m asking for is simply, as a matter of due process … give deference to the states, allow us to proceed, and bring justice and have our case heard … and let the chips fall where they may. But don’t give the Sackler family another way out,” she said.

Lawrence Wasden, attorney general of Idaho, similarly said that if the Sacklers’ proposal is confirmed, he wouldn’t be able to bring an action against the family. “It would gut our ability to hold them accountable.”

Republican committee members argued that the entire hearing was a farce, meant to distract from other more pressing problems, including the migrant crisis at the border.

Ranking member James Comer (R-Ky.) suggested at one point that the hearing was more of a “book club” for Democrats, intended to help Keefe boost book sales, rather than an actual hearing. He also repeatedly urged Maloney to call a hearing focused on the border crisis.

“We can’t overlook the fact that there are drugs crossing the border illegally everyday,” he said.

Jim Carroll, a witness and former director of the Office of National Drug Control Policy, pointed out that the goal of the hearing was to hold people responsible for their actions.

Cartels are skilled in orchestrating a surge of migrants at one area of the border “a mile down the road, there’s fentanyl and everything else that’s coming in. That’s what’s causing the deaths that are happening,” he added.

One Republican committee member appeared to side with the Sacklers.

“Putting the Sackler family and its alleged wrongdoings aside, today’s hearing is nothing more than a textbook example of the government targeting private citizens, and it should be gravely concerning to all of us,” Rep. Andrew Clyde (R-Ga.) said.

However, he later argued that he hadn’t defended the family and suggested that the Sacklers were not being “unfairly targeted.”

Rep. Rashida Tlaib (D-Mich.) pounced on his remarks, suggesting that Republicans found it easier to sympathize with the Sacklers because of their wealth and their race.

“It seems like everybody’s for justice and accountability unless it’s somebody that looks like the Sackler family,” Tlaib added, noting that she was frustrated by colleagues defending the family.

“We’re talking about people right here in the United States using our own … court systems to get away with hurting and killing our neighbors and we’re doing nothing about it,” she continued.

Republicans who said they are “private citizens” and that the issue should be handled in the courts are missing the point, Tlaib said. “It is set up in a different way to treat somebody like the Sackler family versus some of our residents that unjustly get targeted,” she noted of the court system.

Toward the end of the hearing, Comer seemed to shift gears: “Every Republican on this committee wants to hold the Sackler family accountable,” he said, noting that Republicans have pledged “to work with Democrats on any type of legislation to hold them accountable.”

But Comer also argued that “the way you hold people accountable is through the court system,” explaining that he didn’t want to interfere with the plaintiffs’ efforts.

Still, he said he was committed to changing bankruptcy law, but has yet to read Maloney and DeSaulnier’s bill.